A Second World War artillery battery at Capel was built between 1941 and 1942 and manned by 520 Coast Regiment Royal Artillery. Aerial photographs taken in 1942 and 1945 show that this was an extensive site, with probable barracks indicated by Nissen huts, roads, hard standings and around 19 military buildings. The domestic side of the site is sheltered by a large berm (defensive bank) extending along the seaward side, and the whole site is surrounded by barbed wire obstructions. The battery mounted three eight-inch coastal guns. The eastern side of the battery site was redeveloped into the Battle of Britain Memorial 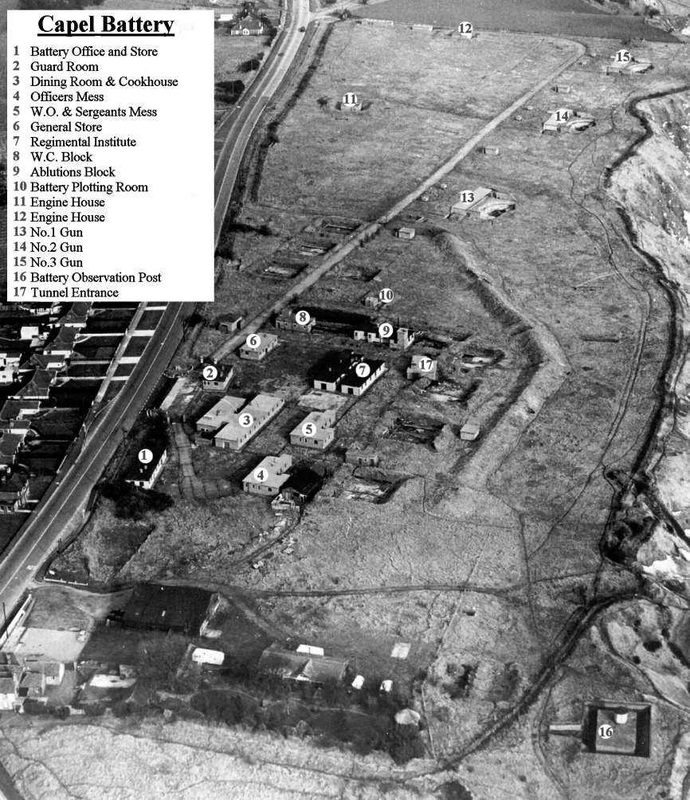